After Strong Start to 2019, Hiring to Slow Amid Recruiting Challenges, According to Capital Region Employers 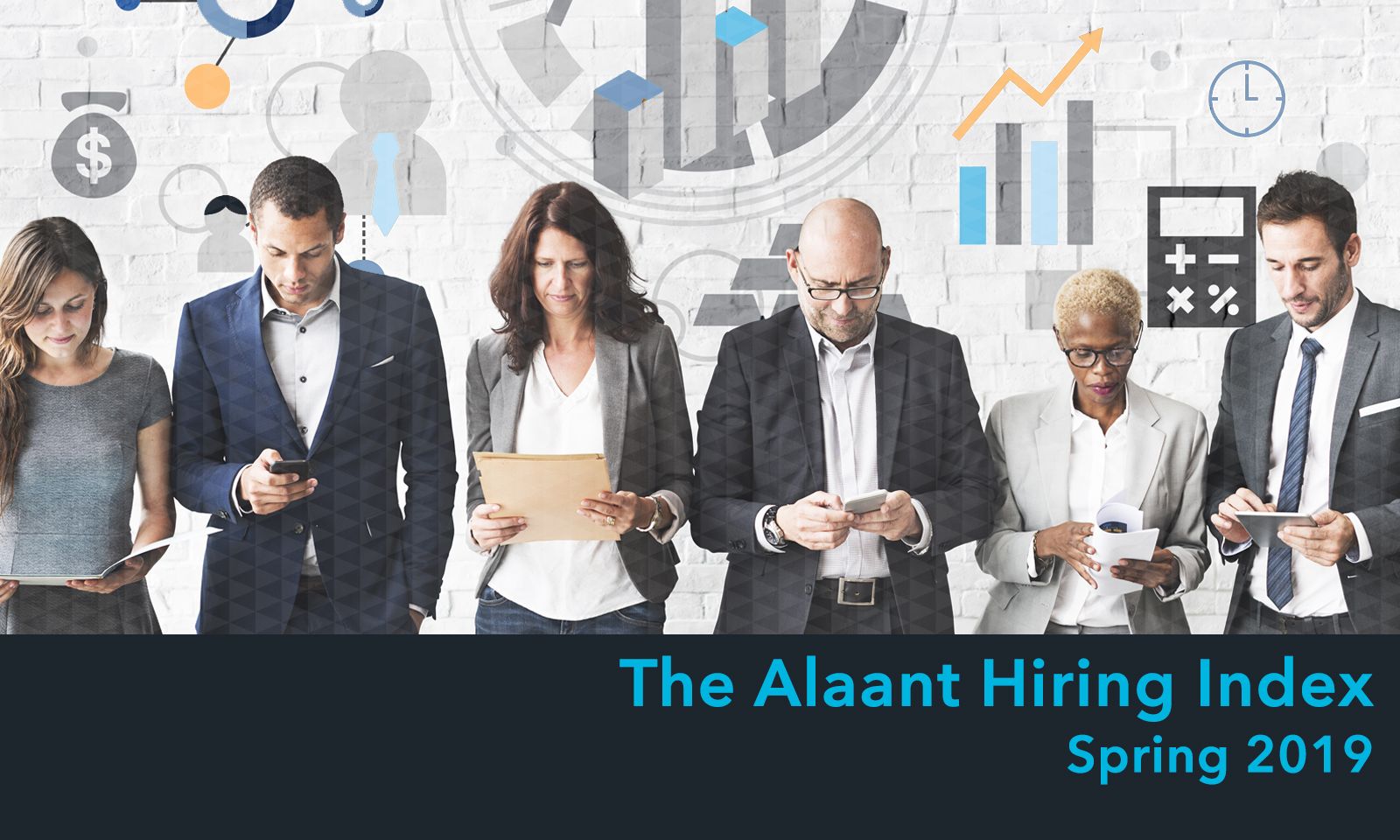 Optimism remains high for future job growth, even as companies temper hiring expectations through the end of this year.

Albany, NY – Hiring was robust in the first half of the year, and optimism over the long term remains high, but Capital Region employers are scaling back expectations for the second half of 2019 amid continued challenges in recruiting employees, according to the Spring 2019 Alaant Hiring Index released today. The index is compiled by Alaant Workforce Solutions, the Capital Region’s leading professional workforce services firm.

In a survey of 83 hiring and human resource managers conducted between May 14 and June 7, 69 percent reported increased hiring from January through June, with 26 percent holding steady and 5 percent cutting back. For the second half of the year, companies expecting to add jobs dropped to 56 percent – which is also down from 68 percent last spring – with 38 percent anticipating no change and 6 percent projecting a decrease.

At the same time, 67 percent of employers characterize hiring as either a significant challenge or challenging, up from 60 percent a year ago. Salary and wage demands remain the biggest issue, named by 37 percent of companies, followed by the skills gap (27 percent), overall business climate (14 percent), and corporate finances (11 percent). The number of employers primarily hiring locally, 72 percent, was virtually unchanged from last fall and a year ago.

“The Capital Region’s economy remains strong, particularly as compared to other areas, but employers are being more cautious in hiring given the uncertain impact of national economic issues ranging from tariffs to trade,” said Miriam Dushane, Managing Partner of Alaant Workforce Solutions. “Companies that are hiring need to continue to make offers quickly, pay competitively, and enhance their corporate culture to recruit the best employees in a very tight job market.”

Asked about their expectations for the future, 80 percent of employers said they were very optimistic or optimistic about job growth over the next year, up from 71 percent last fall and 77 percent a year ago. The field showing the fastest-growing number of opportunities was IT, named by 37 percent, with 23 percent citing development positions and 14 percent naming infrastructure roles. That was followed by health care at 21 percent; customer service, sales and marketing at 10 percent; and engineering at 8 percent.

Of the hiring and human resource managers answering the survey, 46 percent represent companies with fewer than 100 employees, with 54 percent from firms with 100 or more employees.

The Alaant Hiring Index gives companies unique insight into the Capital Region’s professional and technology job market, and is used by HR and hiring managers to help develop strategies to recruit and retain a highly skilled workforce. The next index will be released in fall 2019.

Launched in the fall of 2015, the Alaant Hiring Index is designed to give companies unique insight into the Capital Region’s job market, including the trends, challenges and opportunities associated with recruiting highly skilled employees. The next index will be released in spring 2019.

For the past three consecutive years, Alaant has been honored by Forbes as one of America's Best Recruiting Firms and by ClearlyRated with the Best of Staffing® Client Award and Best of Staffing® Talent Award. Alaant offers innovative practice areas such as Talent Acquisition Partnerships and Employer Brand Strategy to help companies attract, acquire, engage and retain premier employees.

The full survey results can be found here!

Where Does the Capital Region’s Job Market Stand Halfway Through 2019? via Alaant

For nearly two decades, Alaant has delivered a full suite of consulting and recruitment services that enable employers to attract, hire and retain the best employees, strengthen business performance, and accelerate growth and profitability. Alaant’s team of employment experts uses innovative recruiting tools and solutions, creates effective Employer Brand Strategies, and provides exceptional RPO capabilities, always guided by a personal engagement with both candidates and employers, and a recognized commitment to integrity and excellence.